The Order of Defense is a Society-wide order, which recognises excellence in the arts of rapier and/or cut-and-thrust combat. It is equal in dignity to orders of Chivalry, the Laurel, and the Pelican.

It is a consulting or ‘polling’ order, meaning that the king and queen choose who to invite to the order, after consulting with the existing members. Typically this consultation includes a discussion period and a poll.

The Order is distinct from the Academy of Defence, although there is naturally considerable overlap between the Prefects of the Academy and the members of the Order of Defense. It is worth remembering that the Academy is Drachenwald institution, and advancement is administered internally, while the Order of Defense is recognized throughout the SCA, and members are elevated by the Crown. 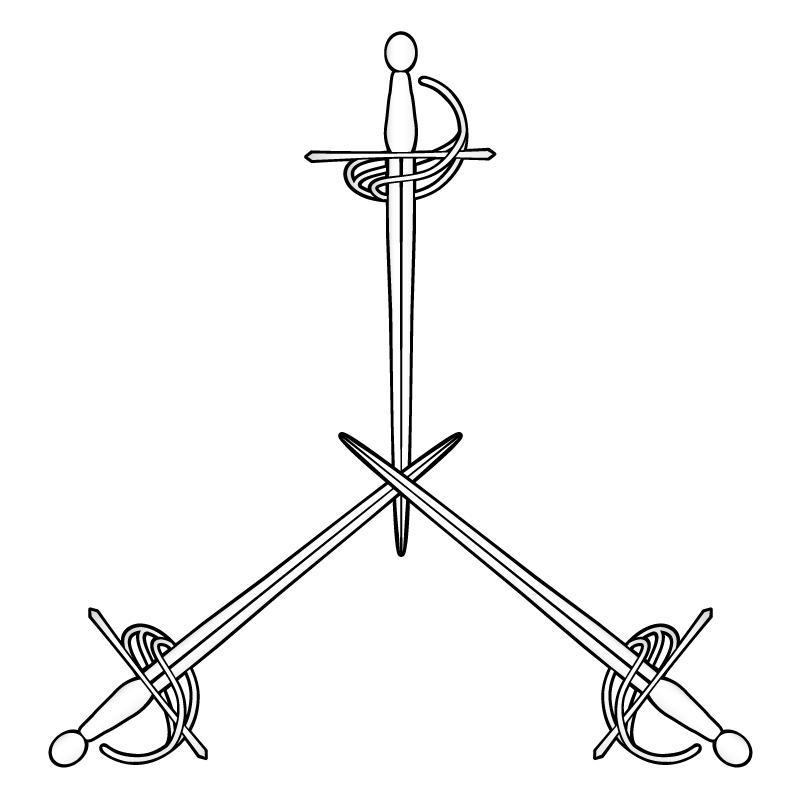 Members of the order may be identified by their white livery collars, which have hanging from them a medallion bearing the badge of the order.

The Roster of the Order of Defense